SIDE DISHES FOR A SPITBRAAI

SIDE DISHES FOR A SPITBRAAI

A side dish often referred to as a side order, side item, or simply a side, is a food item that accompanies the entrée or main course at a meal. 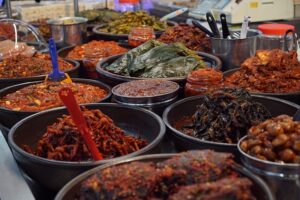 When used as an adjective qualifying the name of a dish, the term “side” usually refers to a smaller portion served as a side dish, rather than a larger, main dish-sized serving. For example, a “side salad” is usually served in a small bowl or salad plate, in contrast to a large dinner-plate-sized entrée salad.

A typical American meal with a meat-based main dish might include one vegetable side dish, sometimes in the form of a salad, and one starch side dish, such as bread, potatoes, rice, or pasta. Wikipedia

BRAAI SIDE DISHES ARE USUALLY QUITE EASY TO MAKE, AND THEY BRING SO MUCH TO THE BRAAI.

Braai served with pap (a traditional South African porridge made from maize meal) is a classic braai-time side dish.

One of the most common side dishes is “pap”. Good old pap is a traditional porridge made from mielie-meal ground corn, also known as maize or other grain. Pap is an Afrikaans derivative of porridge in Dutch.

Pap is a staple food of the Bantu people of South Africa and may be eaten with a tomato, onion sauce, monkey gland sauce or the spicier “chakalaka” at the braai.

Many real traditional South African dishes include pap, such as smooth maize meal porridge – also called slap pap. Sometimes pap is prepared with a very thick consistency that can be held in the palm of your hand called “stywe” pap and a more dry and crumbly pap called “phutu” pap.

Yet another side dish perfectly suited to be served alongside braai. Baby potatoes are simple and easy to make and everyone loves them.

It is part of the braai tradition to put potatoes in foil and then put them on the coals to cook, but another choice is to pre-boil the potatoes in their skins. Slice them in half and then season with herbs and give them a good glug of olive oil. Finally put them on the grill to brown, turning them frequently.

Traditional fresh lettuce and tomato salad can be nice, but why not try something a little different. Steam snap peas, green beans, courgettes, baby peas, and asparagus. Serve with a good helping of feta, and a salad dressing made of: olive oil, fresh chilli, Dijon mustard, lemon juice, and salt and pepper. Rooms for Africa

The key to great potato salad: tossing the hot potatoes with some dressing while they’re still hot and primed to absorb the flavour. To add some smokiness, toss chipotle sauce into the dressing, like Smoked Paprika and Chiptole Chilli Sauce

Another good option is a potato bake. Sliced potatoes, caramelised onions, cream, butter and cheese, all baked together until golden brown. It’s a great addition to any braai and it is extremely delicious.

The amounts aren’t specific for this salad. Just toss some lettuce, chopped cucumber, some cherry tomatoes, a few olives into a bowl and top with the marinated feta. 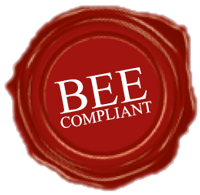 © 2016 4 Seasons Caterers. All Rights Reserved.
Designed by Timothy Bacon on behalf of Chamberlink.
Member of The East Rand Chamber of Commerce.